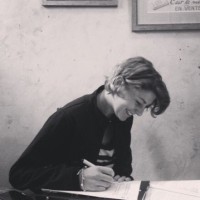 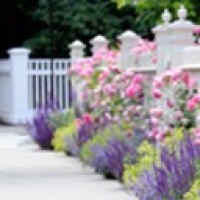 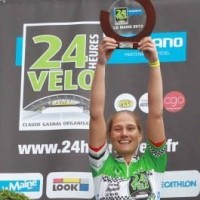 Blogged on the following

I’m seeing out the year sharing a bottle of GAVI and watching a Jethro Tull concert from 2003. Tomorrow I start in earnest training for something I’ve often contemplated.

Committed now to riding LEJOG, for wimps, 2018. This commitment was done while sober and not something hatched in a drunken stupor. I’ve lost count of the number of books and blogs I’ve read of various accounts. Dreaming up various ways to attack it I was always beaten by the LEJOGistics of achieving it. Working and family holidays always took precedent.

The dream has been rescued by an unlikely group  of people. That’s the internet for you. A bunch of usernames on the CUK (formerly CTC) forum. Hatched a plan for a LEJOG. for wimps I liked the idea and I joined.

A recipe for disaster or success time will tell. If I thought it a disaster I wouldn’t have joined. It’s going to be interesting, fun, hard times and pleasurable times rolled into everyday.

Cycling with a pal I announced my intention to ride LEJOG. His first response was, “you’ve found someone to spend all those days with?” He’s rode a number of PBPs and knows the trials of companioning up on long events. Ive done a number of Audax rides but only one 600k and can still recall the mutual support of a wee group we put together for the last 200.

Christmas brought some camping related gifts and an old tent hanging in the shed still looks good. Excitement now mounts with a lot of preparation to fill the next 24 weeks. Which bike to use is going to be a hard descision. Two in the forefront each have  their advantage but thankfully I won’t need to make that decision until the off. One thought is I might change half way as I pass home .

So tomorrow’s a new day ( it was a new day yesterday but it’s an old day now JT ) and a new year and I will certainly be waking with a clear head. Reached an age now realising there aren’t enough days left to waste. For younger readers it does take a while to sink in .

A healthy and peaceful new year to all.

Every account of ‘my lejog ‘ usually has some mention to training.

I thought about it and looked around. I got tired just looking. Google is supposed to be your friend. All I can say is it doesn’t know me very well. I could spend my winter days sitting with a cooling fan while I knocked out some punishing routines commanded by some computer driven voice. I could keep a diary and follow some regimental schedule. Or I could……well I could just do something simple.

I came across the idea of just doing a bit more every week. That one seemed workable.

From the beginning I’ve always thought the hardest part of our little trip will be turning out every single day for 14 days to ride a bike. So on week one of training I went out every day and did 10 miles. Giving a target of 70 miles to beat every week but not necessarily riding every day.

Ten weeks later I’d arrived at just over one hundred miles a week. It’s getting serious now isn’t it?

There are some saddle issues to sort out. Determined to be kind to my prostate I’m determined to use a large cut out. Dillglove.co.uk are sending me a couple of trial saddles. Fingers crossed one of them can be saddle heaven. I may have to return to wearing padded shorts.

That being true I plan to, very soon, do 5 consecutive 50ml days and then taper off relax. Get the garden up to date and all packing needs acquired and be ready for the off.

I’ve 2500 miles in my legs. The bike is cleaned, oiled and ready to go. Clothes packed into one pannier and kitchen, cooking and food in the other.

I caved in and bought new shorts my old ones were soooo last century. I’m being literal there.

So it’s an early rise tomorrow morning and the long journey begins to Lands End.

Along the way we’ll be picking up bikes and riders. Those riders changing from Internet forum usernames to people with faces and names already been described as a bunch of grumpy old men. Time will tell.

Long drive down yesterday meant a relaxed start this morning.

Amazing scenery today barley harvested , potatoes about to be picked, and hay making all on the same day.

Yesterday we stopped at services and encountered the most miserable woman in Devon. Today everyone in Cornwall is happy.

So far the threatened hills haven’t materialised maybe tomorrow will bring them on.

1st to get lost Ken & Sloop John B equal

1st to get off and walk David

1st to use a bike shop Alisdair.

So today we entered England. Seemed to be a Red Cross sale on. Sad to leave Cornwall lovely place and people.

Resting in the shade of a bus shelter screams were heard from a nearby house. England had scored.

Temperatures reached 30 C today and a lot of water drank. The threatened hills did appear especially towards the end of the day. Discovered my computer cheats me out of climbing compared to others results.

Arriving at campsite tonight entailed a 6 mile hill so well entitled to an ice cream from the camp shop. I met mrs miserable from Devon.

First time I’d been in a Subway. They do fill your bottles free with ice cold water.

Walking to the BK was less than half a mile. On the way there we walked through a car park. Lo and behold there was Woody’s services. The home of the grumpiest woman in Devon 😀. I can’t recommend living near Okehampton. The road out tomorrow will be a pleasure. I hope some of it is downhill.

As with every site so far the sound of traffic is unbelievable and it runs all night. 😕

Before I start today’s I forgot to mention two more Firsts from yesterday.

First ride, probably EVER, without a stop for a pee.

First ride this year without carrying a jacket.

There’s more to cycle touring than just riding a bike. That’s a picture of the Wimps tented village. There’s a routine of setting up and breaking down to be learned. Also making and foraging for food in between trying to sleep. I’ve learned when you wake up in the night and think your mattress has lost its air. No, you’ve just slipped off again. Why do they make the surface modelled on an ice ring?

we left Okehampton YIPEE with two guest riders from the forum Mick and Natural Ankling. Heading for Somerset in part using Rob’s passage. A route (created by a forum member years ago) taking you around the Cadbury hills without going up and down. Yes I thought they would have melted today too 😊.

The closer we got to Somerset the better the drivers and the friendlier the people. Running on ice lollies today by the box full putting them in drinks bottles only to be warm juice in short order. Hotter than yesterday and everyone says it’s to get hotter!

The up side of getting dehydrated is there was a lot less nocturnal zip sounds last night.

First time I’ve ever lingered around the freezer section of a supermarket.

You might be wondering what sort of bike to use on a journey like this. Well this is a CUK (X CTC) forum, expect a variety. How about doing it on fixed? Saves changing gear.

So we left Devon lanes

And ended up riding up someone’s ass

We crossed the Avon

And ended up Gloucestershire

Turned out to be an epic day for many reasons. Temperature on my Lezyne at one point said 41C. It’s not accurate but usually about 6 degrees out.

First fall off, Ken. Riding the crest of a kerb.

When we were sold this luxurious holiday package I’m sure we were told there would be tail winds. Day 5 we set off into another head wind and sapping heat. Two counties today

and for most of the day we stayed on course.

Looking out for Gloucester pigs all morning but failed. Met a lady on a bridge and apparently I’d been looking in the wrong place. She was standing on a bridge over the Servern and waiting for the bore to arrive. She couldn’t explain where the other six twere either.

Speaking of women I should mention we met the happiest woman in Devon, probably in the world. In the best cafe so far in Tiverton a lady who’d been walking JOGLE since April 28. Only a couple of weeks to go for her but just remember she was only visiting Devon not a resident. 😊

Don’t think we’d any Firsts today so Bike if the day.

Just the job for a heavy guy carrying a friend. Ey Nick?

There is a first though Wimps recognition 😀 Riding through Gloucester a car stuck in traffic shouts “are you the Wimps?” Yeah fame😎

It was a long hard day of riding into this relentless North wind from the Sahara desert. Successive nights of poor sleep I spent sometime on the back and shut my eyes at any opportunity. So much so I rolled into Cheshire without a county sign. I could tell we were in Cheshire as every view reflected money.

Stopped five mile short of camp for beer. Can’t count how much water we’ve all drank. Anyway they’d put a marquee up for us but it was full of England supporters watching the match no cheers while we were there.

What a difference a good sleep makes. Easy roads today and even a spell on the A49 wasn’t too bad. Any HGV drivers ever read this we all agree their driving has been exemplary all week. Whilst so many car drivers need to go to Specsavers and read the Highway Code.

Every cycle tourist needs to navigate and you can choose between paper maps and an electronic device. All that stopping and all those maps we’ve all plumped for the cycle computer except Nick who bought a road atlas but forgets to carry it. So we’ve had a week of Garmin v Lezyne no one has a Wahoo so they are out of this review. After 7 days 3 Garmin have fallen off one of which is lost. One narrowly escaped a large tractor.

Only Garmin users have got lost and in a longer day when all the Garmin batteries die everyone depends on the Lezyne which yesterday still had 58% battery. 😀

Head down and flying along I missed the Lancashire County sign becoming a habit this. Cumbria i promise to try harder. Great elation felt when we saw the hills of the Trough of Bowland and happy to be back up North.

We had a quick stop in Lancaster to swallow a fine pint of Ale and meet Jan.

First time I’ve seen a cyclist fall into a canal.

Not that mental any more

Over The Backyard Fence

Come on in and join the conversation.

Duracell Bunny on a Bike

Getting Back On My Bike

Adventures in fitness, cycling and life.